2 weeks ago
Narelle Whittaker
Defence, News
No Comments
Fourteen of our students attended a three-day work placement at HMAS Stirling – The Royal Australian Navy base at Garden Island.
They had the opportunity to visit different departments, speak to Navy personnel about their roles and experiences, and engage in interactive demonstrations in a bid to learn about the wide variety of careers available within the Australian Defence Force.

Jordan Wright said the highlight of the work placement was meeting a team of clearance divers.

“That’s my future career goal – seeing them and talking to them, made my day,” he said.
“Something I learned during my time was that the ships are much smaller on the inside than I was expecting. I was really surprised the sleeping arrangements were four bunks high.
“The placement was good because I got to experience and discuss a variety of roles and get an idea of what things may be like in my future.

“The Commanding Officer of the clearance diving team talked in detail about a variety of things I can expect if I become a clearance diver. He gave me great advice and was friendly and I have an enormous amount of respect for him. I hope that one day I get to meet him again and show him how dedicated I am to proving to myself that I can achieve my goals.”
Georgia Couzens, who also wants to pursue a career in the ADF, said her highlight was visiting the School of Survivability.
“We went to the gas rooms where Navy personnel are trained to deal with chemical warfare situations,” she said. “We then went to the crash-on-deck simulator and watched a model helicopter being set on fire. This is the area where personnel are trained to put out fires in case there is a fire on board a flight deck. We got to put on firefighting suits and helmets and try out the fire hoses.
“The work placement gave me a clearer understanding of the roles in the Navy and helped me gain a better idea of the areas I’d like to work in. If there are other students who are interested in the Australian Defence Force or are not quite sure what they’d like to do when they finish school, I would definitely recommend this work placement as it is a wonderful opportunity and there is something for everyone.” 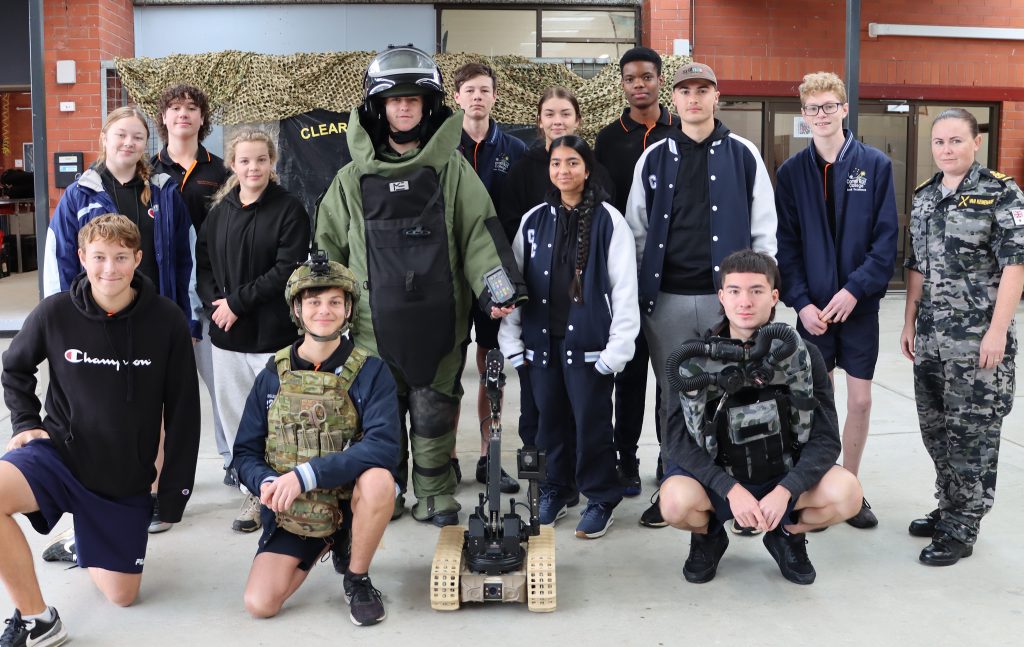 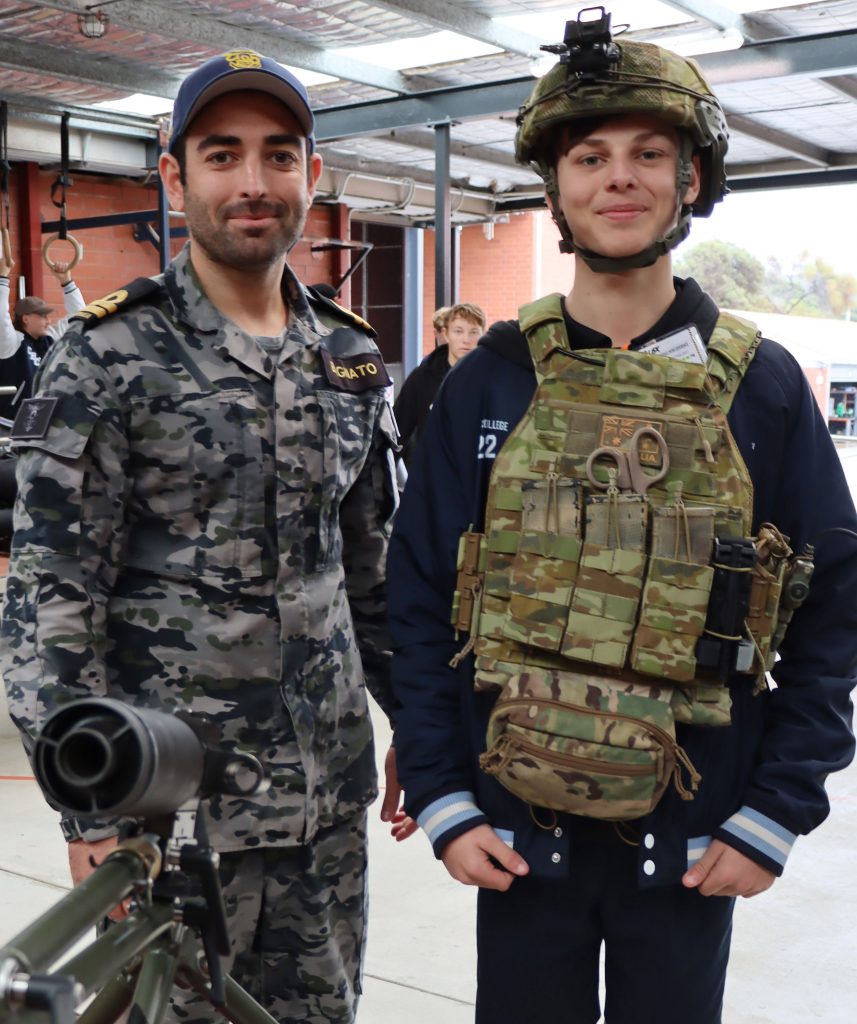