This year Comet Bay College entered the ITC Global Electrical Vehicle (eV) Challenge for the first time. The eV Challenge is one of WA’s premier STEM (Science Technology Engineering Maths) education events where teams of students design, build and compete with a small single seat electric vehicle. The aim of the event is for teams to complete as many laps of a circuit in 1 hour from a restricted battery capacity. Teams also work within a set budget limit and to strict safety standards overseen by Confederation of Australian Motor Sport (CAMS), the national Motorsport body.

Students were invited to join the team based upon their performance in Design & Technology classes in 2015, and extra team members joined up throughout the year. Students were involved in all facets of construction such as chassis fabrication and welding, including aluminium welding, machining, wiring, and installation of aluminium skins. Students also developed problem solving and collaborative skills, all in an after school program.

This year the team built two cars. The first car they named ‘Bender’ after everyone’s favourite Futurama character. Bender was built using steel tube and was powered by an 800W chain drive motor. Unfortunately Bender had issues which put it out of the event.

The second car was built from aluminium tube, and appropriately named ‘Ally’. Ally had an 800W hub motor. Ally ran well in testing but again, as is the way sometimes with Motorsport, suffered some strange electrical issues on race day putting it out of the competition.

The race was held at the Hurricane Go Kart Club in Wundowie on Saturday 29 October. The College cars certainly looked the part, however the technical issues put them out of the running. The College team did win a prize however, the People’s Choice award for the best dressed team.

The team is already hard at work designing new cars for 2017, and our 2016 cars are being prepared for a race up at the home of Motorsport in WA, Barbagallo Raceway, in early March.

A big thankyou also to Mr Morgan Hill, Mr Peter Trott, Mr Glen Olsson and Mr Jamie Wellman who were always on hand to help out with the project. 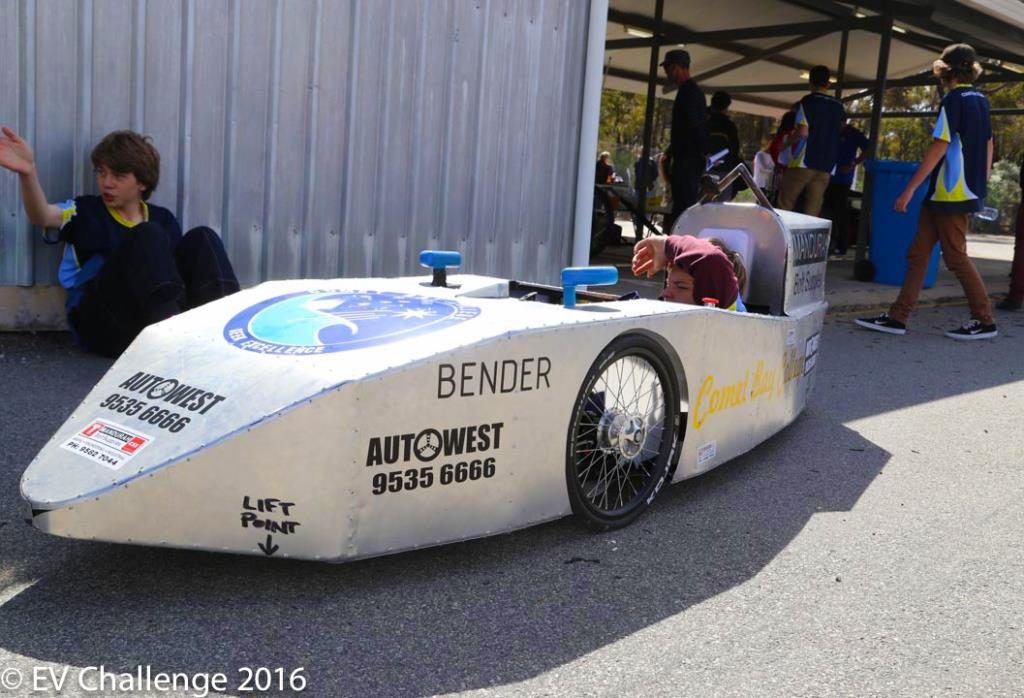