Congratulations to the five Comet Bay College students who were selected to represent Western Australia in the upcoming School Sport Australia National Championships which will be held in Perth next month!

State representation is an honour and often represents a stepping stone in the ultimate achievement of senior and national selection. School Sport WA works very closely with the State and National Sporting Organisations to ensure that school sport forms a significant part in the sequential development of the school student.

The SSWA AFL teams selected for the School Sport Australia AFL 15’s Championships were selected from 100’s of students from all over WA.  The boys and girls will compete against teams from all Australian States and Territories. 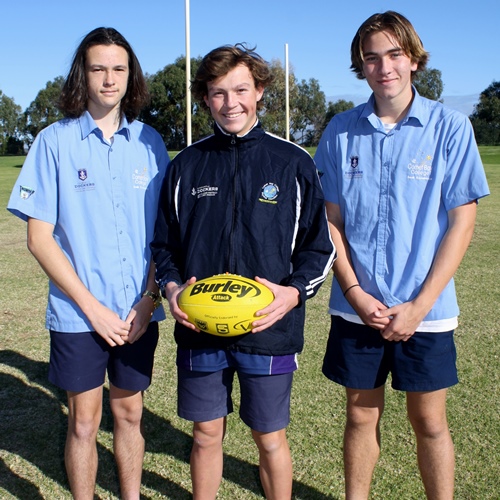 The boys will play Victoria in their first game on Sunday 23 July at Fremantle Oval, immediately following the Opening Ceremony.  The WA1 Team will play the WA2 team at East Fremantle oval on day 1.  Then the boys play NSW and ACT on the following days and hope to qualify for the finals on Saturday 29th July.  The girls have SA and Act in their pool.