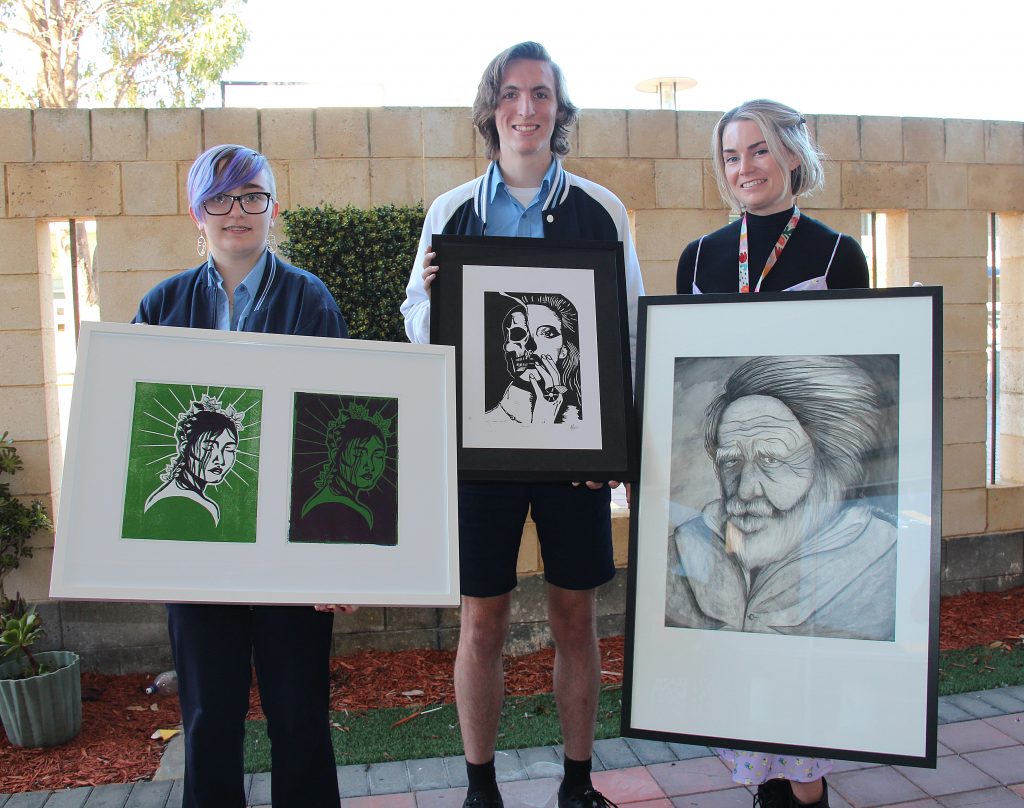 June 29, 2021
Narelle Whittaker
News
No Comments
Three budding artists from Comet Bay College will have their artwork displayed at St George’s Cathedral in Perth throughout July as part of an annual competition.
Brodie Hayes (Year 12), Phoebe La Tassa (Year 11) and Kahlilia Nienaber (Year 11) will represent the College in St George’s Art – an exhibition of works by senior art students from WA schools.
It will be the fifth year Comet Bay College has participated.
Art teacher Meg Henderson said the pieces were chosen from Semester One projects, which focussed specifically on facial proportions.
Brodie has entered a half face/half skull lino print, Phoebe’s work is two, multi-layered lino print faces, and Kahlilia produced a willow chalk and ink drawing of a man.
Their works will be on show from July 17 to 25. The free exhibition is open daily from 10am to 4pm (Sundays noon-4pm).
There is a $500 prize up for grabs, as well as two $200 category winners and five highly commended prizes, which will be presented during the exhibition’s awards night on July 22. A People’s Choice Award will be presented at the close of the exhibition.