Comet Bay College’s Girls AFL players have been praised for their impressive efforts and sportsmanship in the recent Year 8/9 Fremantle Dockers Schoolgirls Cup.

The team began their Cup campaign with an outstanding win against South Coast Baptist College – a game which marked the first competitive football match for about a third of the team.

They followed it up with a win over Baldivis Secondary College to be named Peel Region Champions.

Comet Bay College took on the winners of the Fremantle/South Fremantle District, Fremantle College, and outstanding hand and foot ball movement was credited for their 8.7.55 to 0.0.0 win.

“The game was intense, both teams displayed great skills,” he said.

“After most of the half played in our end of the ground, we finally hit the scoreboard, a point!

A lapse in concentration in the second half allowed Chisholm to kick the first goal and eventually win the match. Mr Mainwaring said making the grand final in their first year of competing was a huge achievement and the girls could walk away with their heads held high.

“I was so impressed with the way our students conducted themselves during the final stages of the game – they never gave up and kept encouraging each other despite an impossible task,” he said.

“Their sportsmanship after the game is also a credit to the character of the group.

“In what was a heartbreaking loss they shook hands and congratulated Chisholm on a well-deserved win, then congratulated and encouraged each other to reflect on what an amazing journey it had been.

“We have amazing group of students and we should expect big things to come both individually and collectively if they can continue to seek improvement.

“Well done to all the girls who played and helped out throughout the competition, we are all so proud of your efforts!” 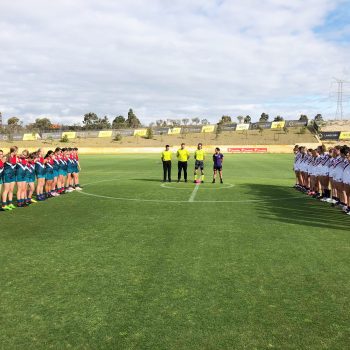 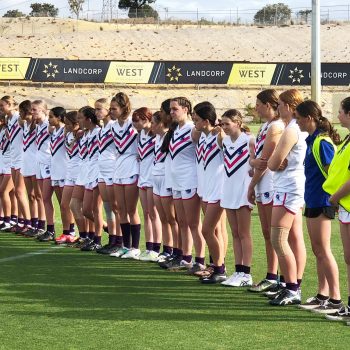 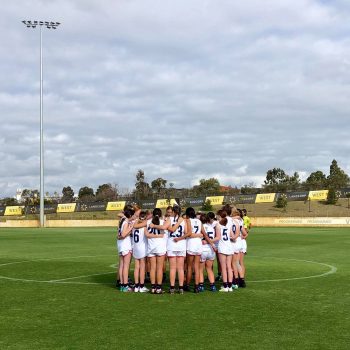