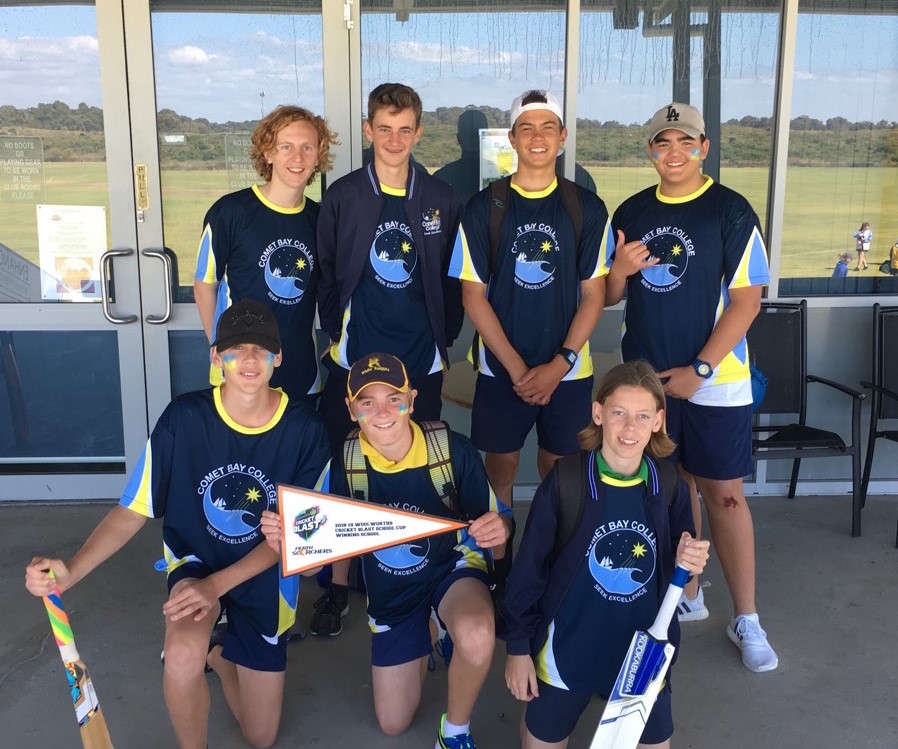 On the 23rd of October 2018 Comet Bay College claimed the Peel Region Title, in the Woolworths Cricket Blast School Cup, Year 9/10 competition. The College was represented with teams in all divisions, across Years 7-10 in both the boys’ and girls’ divisions. While they were competitive throughout all matches, the 9/10 boys qualified for the State Finals, held in Leederville on the 1st of November. The boys competed extremely well, earning third place overall in the State-wide competition. All students involved should be proud of the way they represented the College, well done to the 9/10 boys for progressing so far into the competition!