On Friday the 20th of October our year 8 and 9 football girls competed in the Dockers Cup. This was the first time the college has fielded teams which took on Coondanup, Tranby, Pinjarra, JTC and two MCC teams.

We arrived at Rushton Park with the girls visibly excited, they proudly paraded their football uniforms around and some even had their mouthguards already in.
The year 9’s were up first against Pinjarra. It was an interesting first half with both teams adjusting to the rules and contact. When our girls had the opportunity to tackle they definitely made the most of it, throwing their bodies at the ball carrier and taking them to the ground with a grin while doing so. I looked to my assistant coaches in Nel Baxter and Kaitlyn Hayes as the half time siren sounded, with the score locked at 0-0. We all had the same looks on our faces, this could be a long day.

The second half was much the same until Pinjarra scored what was surely the most celebrated point of all time, the crowd and players were going wild. It was uphill from here for our girls as we were not able to use our kicking skills into the wind to clear the ball from our defence. It was good for the girls to get their first game of the carnival and for many the first game of their life under the belt. 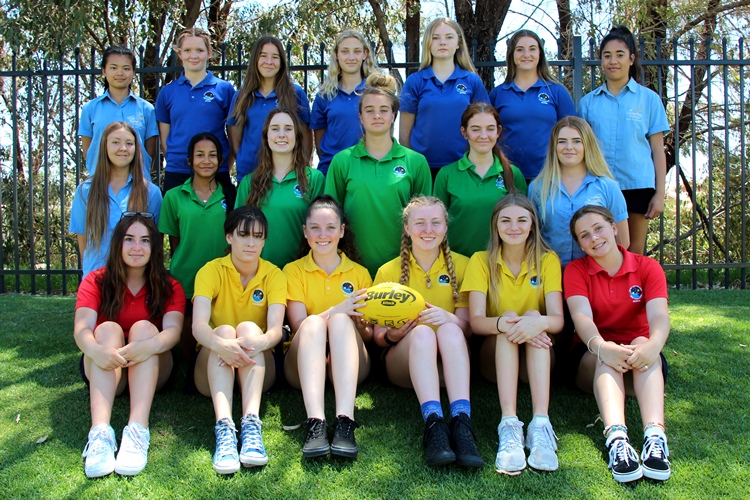 After two losses for the year 9 team the critics wanted coach Mainwaring’s head, it was time to bring in the big guns. Girl football superstars Nel and Kaitlyn took the reigns in the last game against Tranby. After dropping a few footy cliches and bringing the girls in for a tight huddle and chant, the new coaches had the team fired up. At the centre bounce the ball spilled forward, a pick up and kick sent the ball to a one out Taylah who nearly popped the ball marking strongly 15 metres out. All eyes on were on her, you could hear a pin drop, the pressure was immense. Cool as a cucumber she walked back five steps, took two steps to kick and sailed the ball straight over the goal umpires hat. Supporters stormed the field to celebrate while the players chaired Taylah on their shoulders as she double cobra’d the crowd (*previous events may not have occurred). From here the floodgates opened, Fye ankle broke a girl using her explosive evasiveness, Hayley H went on a run similar to Daniel Kerr’s goal of the year dodging opponents while bouncing the ball to kick our second, Holly fist pumped the crowd after seagulling our third goal and the silent assassin Tahlianne, who looks like she couldn’t hurt a fly provided one of my favourite moments of the day when she came out of nowhere to chase down and ferociously tackle a poor unsuspecting girl to the ground awarding her a holding the ball call. The siren sounded and the girls celebrated like a premiership, the game ball was taken, the two new coaches in Nel and Kaitlyn dealt with the press and gatorade tubs were showered over players and officials. A great way to finish the year 9’s campaign. 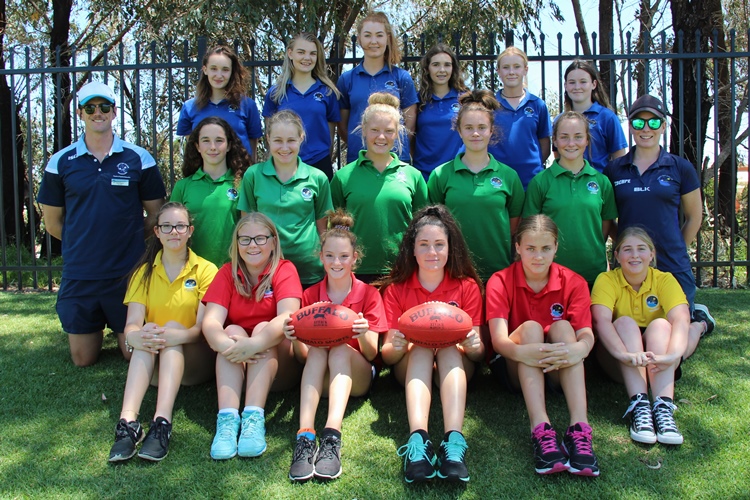 The year 8’s were up next. I thought the year 9’s were fired up, but the 8’s were like bulls at a gate, their team huddle and chant before the game showed great solidarity and motivation. The girls played well in their first game, they linked up handballs, got numbers to the contest, ran, chased and most importantly kicked more goals than points. The first win for a Comet Bay College girls team belonged to the year 8’s. In our second game both Comet Bay teams took on two very strong MCC teams who had competed at the carnival before and had some very talented individuals. To our credit the girls never stopped trying and tackled hard against a hardened opposition.

Our year 8’s finished off the day taking on another tough opponent in Coondanup. At the first bounce it was clear that this was going to be a physical game. Coondanup started strong with some good running and marking efforts. They converted truly when in front of goal to go three goals up into half time. Not to be deterred our girls rallied and kicked a goal early into the second half to signal this game was not over. In football terms this was the best game of the day. It was a gutsy display from our girls, they continuously went in hard to the contests against bigger bodies and even if they received a big hit they got straight back up and kept playing. We scored another goal to trail by only a couple of points but as they threatened once more to score the siren sounded. The girls walked off together battered and bruised but with their heads held high. The whole day this team played against bigger bodied, experienced opposition and to perform how they did is a huge credit to them.

Overall it was a great day for everyone involved. The students really impressed us with how far they have come. A standout was the tackling. At the start of the year most girls were very reluctant to use their physicality and would often complain if someone did touch them to now where they take any opportunity to take someone down. Considering this was a majority of the students first competitive game it was an excellent effort. We are all so proud of you and hope you continue to have fun playing football.

Thank you to Cherise Hawkins, the coach of the year 8 team who did an incredible job with her team. This group will be very strong with another year of experience. Thank you to Matt Piggot for his assistance throughout the day, Chris Harry for driving the bus and thank you to Nel and Kaitlyn for their help and coaching masterclass.