The First Lego League competition is a worldwide phenomenon which sees more than 250,000 young people aged nine to 16 research, design, program and build autonomous robots in a competitive challenge.This competition is an ideal opportunity for our students to put their creative problem solving skills to the test, against teams from across the South Metro region.

More than just a competition which builds STEM (Science, Technology, Engineering and Math) competencies, teams have to demonstrate FLL core values including teamwork, Cooperation, and Gracious Professionalism, encouraging high quality work, unqualified kindness, respect and learning.
The day itself has a carnival-like atmosphere featuring music, a master of ceremonies (MC), and competitors dressed up in costumes. The College Cafeteria will be open all day for food and drinks. The competition will be held on Saturday November 11. Qualifying teams from the WA competitions progress to the Australian National tournament 2-3rd December where they could qualify to compete at an international level, representing Australia.

Comet Bay College’s involvement in the First Lego League is firmly based in our vision that an exemplary STEM education offers a rich context for developing skills such as creativity, independent thinking, critical analysis, problem solving, teamwork and communication – essential for the success of individuals, emerging industries and communities of the 21st century.

Comet Bay College has two teams entered in the First Lego League. This will be their first time at competing in these types of challenges.
We wish them luck! 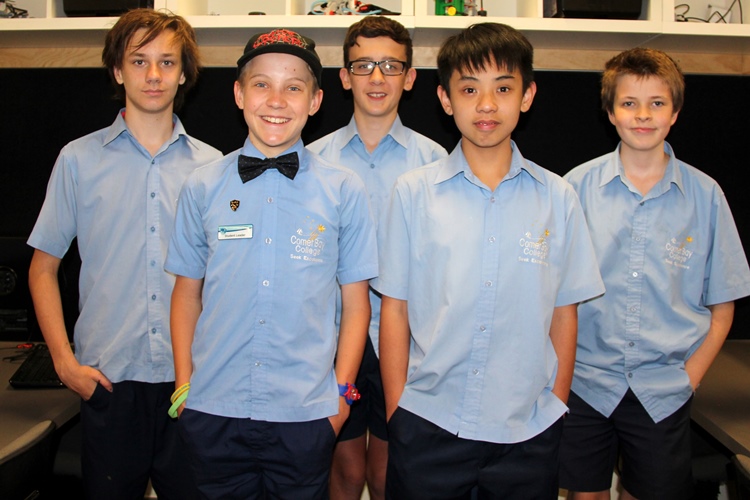