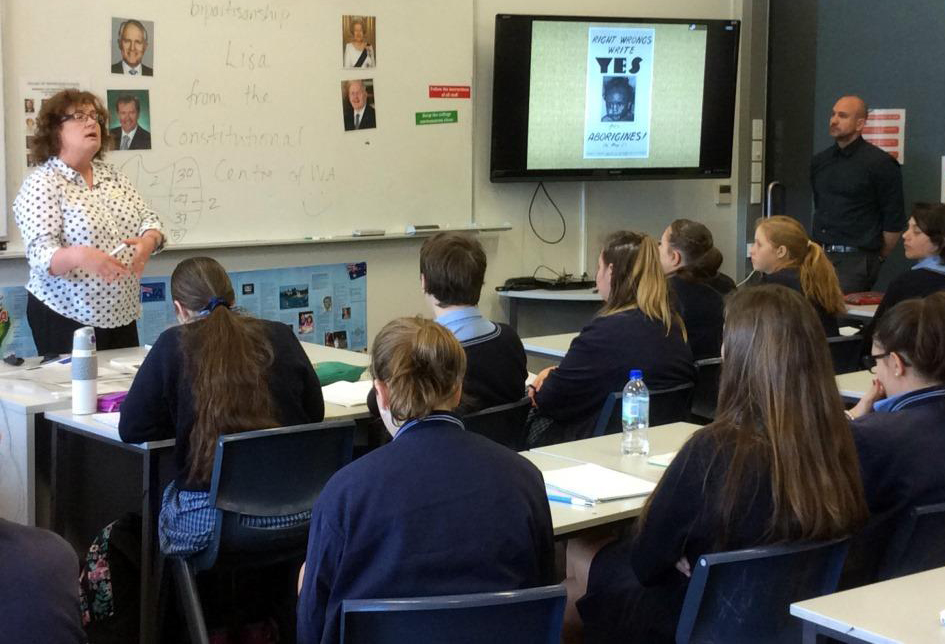 The referendum was to remove words from our constitution that excluded Aboriginal people so that they would be included in the census.

We were told how a referendum to change the constitution is very difficult and over the 44 referendums held, only 8 have been successful. In order to get a better understanding of the process, we too held our own referendum with the same question as 1967. Our referendum however was unsuccessful.

Two important people we learnt about were Faith Border, who advocated for change for Aboriginal people via legal means such as meetings with the government, and Charles Perkins (the first Aboriginal to graduate from University) who joined the Freedom Rides by going to country towns to highlight the prejudice, discrimination and inequality experienced by Aboriginal people. They informed the country how Aboriginals were treated and encourage them to vote ‘yes’ in the referendum. We learnt that over 90% of Australia’s population voted in favour of the change.