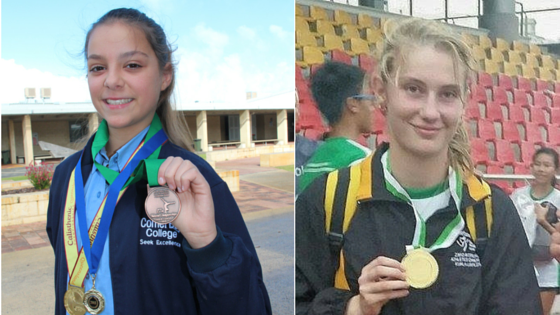 We are proud to acknowledge two of our students who represented Western Australia during the recent school holiday break.

Mackenzie won first place in the State Calisthenics Association of WA competition held recently at the state headquarters in Midvale.

Mackenzie then proudly represented WA at the Australian National Calisthenics Competition on the Gold Coast and won third place.

We would also like to congratulate Tia Starkie who represented WA in the 23rd International Little Athletics Championships in Kuala Lumpur, Malaysia on July 11 and 12.

Tia and three other girls won the Under 15 Girls 4 x 400 metre relay, breaking the record which was last set in 2007.